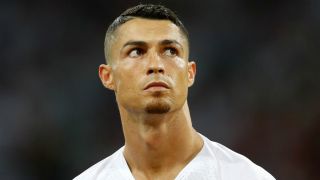 Cristiano Ronaldo was offered to Napoli and could have joined if not for the risk of bankrupting the club, according to chairman Aurelio De Laurentiis.

Portugal superstar Ronaldo completed a stunning €112million switch from Real Madrid to Juventus last week and will be presented to fans on Monday.

The 33-year-old credited a desire to "open a new stage" as his motivation for the move, with Bianconeri boss Massimiliano Allegri trumpeting his arrival as an "extraordinary thing for Juve, but especially for Italian football".

However, amid reports in the Italian media that Ronaldo's preferred destination was Naples, the outspoken De Laurentiis confirmed Madrid's all-time top scorer was ready to open negotiations.

"[Jorge] Mendes, his agent, called me. We formulated our offer and would have paid Ronaldo with the percentage of the income guaranteed by his arrival.

"[But] the €350million that Juventus invested [including wages] is beyond our reach. We would have risked pushing the club towards bankruptcy."

Ronaldo, who scored four times at the World Cup in Russia, instead inked a four-year contract with the club he helped vanquish in last season's Champions League quarter-finals.

Juve have also added the attacker's compatriot Joao Cancelo, goalkeeper Mattia Perin and midfielder Emre Can to their ranks.