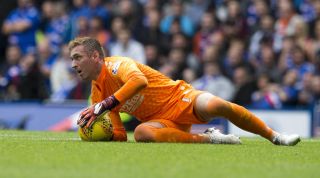 Ross County striker Brian Graham is chapping at the door for a start against Rangers on Wednesday night.

The 31-year-old striker came off the bench to score as the Staggies came back from two down to draw 2-2 with Hibernian at Easter Road on Saturday and is looking for his first league start of the season.

Rangers will check on the fitness of Allan McGregor and Brandon Barker.

Goalkeeper McGregor landed awkwardly against Motherwell on Sunday and Barker went off with a shoulder injury.

Glen Kamara could be back in the squad after illness while Jordan Jones is still working his way back from a knee injury.