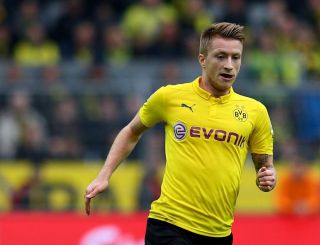 Bayern chairman Rummenigge angered Dortmund back in August by claiming Reus had a €25 million release clause in his contract that comes into effect next year.

Earlier this month, Rummenigge stated that Bayern had discussed the possibility of a move for Reus and he has once more revealed the German champions' admiration for the 25-year-old -  just three days before the clubs meet in the Bundesliga.

"We know in Munich that he has a lot of quality," Rummenigge told Sport Bild.

"And we know his clause. For us a young German national player of such quality is interesting.

"But I do not want to make unrest in Dortmund."