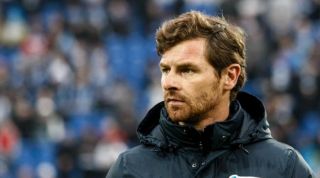 A sixth consecutive victory leaves Andre Villas-Boas' side four points clear at the top the Russian Premier League, representing their best start to a league season.

Victory this time around was assured on the hour mark, when a well-worked corner found Nicolas Lombaerts, who flicked on for Javi Garcia to drill home and open his account for the club.

The result adds further pressure on Lokomotiv coach Leonid Kuchuk, whose position at the club has come under increasing speculation, with a recent row with playmaker Lassana Diarra culminating in the midfielder reportedly on the verge of joining QPR.

There were no such worries for CSKA, however, who bounced back from their 2-1 defeat to Rubin Kazan with a thumping 6-0 win at home against Rostov.

Bibras Natkho gave the hosts the lead from the penalty spot three minutes before half-time, before an eventful seven minutes in the second half saw the home side add three more goals. Nigerian striker Ahmed Musa bagged a brace either side of another Natkho strike.

The last game of the weekend Dynamo Moscow ease their way to second place with a 2-0 win away to previously unbeaten Krasnodar, courtesy of goals from Mathieu Valbuena and Cristian Tello either side of half-time.

Sunday's only other match saw Rubin Kazan held to a 1-1 draw at home to Ufa. Maksim Kanunnikov gave the hosts the lead just before half-time, but Brazilian Marcinho rescued a point deep into injury time.

The visitors had goalkeeper Alexander Belenov to thank at the other end, after he denied Arsenal striker Alexander Kutin from the penalty spot on 54 minutes.

The result preserves Kuban's unbeaten start to the season, while Arsenal remain rooted to the foot of the table without a win.

Spartak Moscow slipped to their second league defeat of the season at the hands of Amkar Perm, with goals from Igor Kireev and substitute Georgi Peev securing a 2-0 win for the hosts.

Ten-man Mordovia Saransk claimed a 1-0 win over Torpedo Moscow, while struggling Ural remain winless after a 1-0 defeat at home to Terek Grozny on Friday.