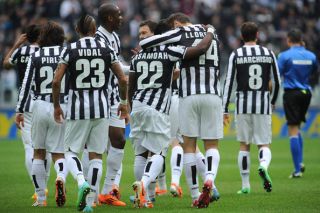 With second-placed Roma poised to cut the deficit to Juve to six points when they tackle struggling Bologna on Saturday, the league leaders will be keen to keep the capital club at bay - but face their local rivals at Juventus Stadium.

Giampiero Ventura's men sit eighth on the table, and have won three of their past five trips - including 2-0 wins over Udinese and Sassuolo before a last-start 3-1 win at Hellas Verona.

Juve have been the picture of consistency, going unbeaten in 16 league matches, with a 3-1 win over Chievo last week, but interestingly they have not kept a clean sheet in six.

And with their clash with Torino coming just three days after a UEFA Europa League fixture against Trabzonspor, Ventura's side should be fresher, which will give them confidence of beating Juve for the first time since 1995.

Napoli (third) and Fiorentina (fourth) are two other sides in Europa League action, against Swansea and Esbjerg respectively on Thursday.

Rafa Benitez's men then have to back up and face Genoa at home on Monday, after Fiorentina go on the road to tackle sixth-placed Parma.

Lazio, 10th, have less time to back up from their European clash with Ludogorets, before they host cellar-dwellers Sassuolo on Sunday.

Milan will look to bounce back from their mid-week UEFA Champions League loss to Atletico Madrid, when they travel to mid-table Sampdoria.