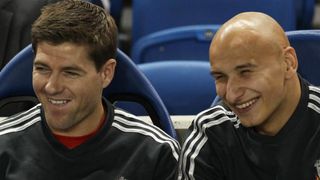 Shelvey - a £12million signing from Swansea City last week - put in a good shift in his debut as Newcastle picked up a 2-1 home win over West Ham on Saturday.

"For me, his style is very similar to Steven Gerrard’s, because he can play the long ball easily, he can get on the second balls.

"He gave a fantastic ball to Daryl and then Daryl crossed for Gini, so he’s going to be a very good player for us.

"I hope he and (Henri) Saivet are going to help us for the rest of the season because we need everyone to contribute to winning games and moving us forward."

Saviet and Shelvey were Steve McClaren's two January signings so far and Sissoko is hopeful they can help lift Newcastle up the Premier League table.

"Saivet came on and he also did very well and all of this is good for us and good for them as well.

"So I hope they can now help us for the rest of the season because we need everyone to help us finish higher up the league, if it’s possible."