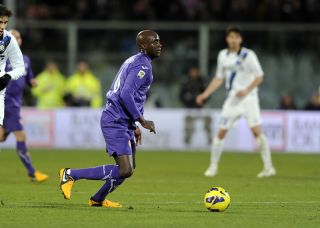 The Mali international spent the second half of last season on loan at Fiorentina before agreeing to have his contract terminated with French champions Paris Saint-Germain.

Sissoko is training with Ranieri's side, having been under the Italian's tutelage at Juventus, and the 28-year-old suggested he could agree a deal with Monaco.

"I asked to come and train here. I know Ranieri well. He coached me at both Valencia and Juventus," Sissoko told the Ligue 1 website.

"It's quite complicated. The club and I will talk later."

Monaco have made an unbeaten start to life in France's top flight since winning promotion last season and top the table.

However, if Sissoko does join, he would face competition from the likes of Geoffrey Kondogbia, Joao Moutinho and Jeremy Toulalan for a place in the centre of midfield.