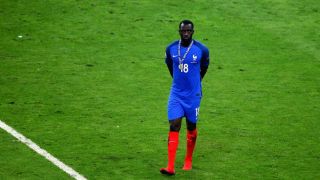 Moussa Sissoko is unhappy with Newcastle United's reluctance to allow him to leave the club ahead of the 2016-17 campaign.

The France international impressed during the country's run to the Euro 2016 final and has been linked with a number of clubs.

Newcastle have no intention of letting him go on the cheap, though, and have reportedly set an asking price in the region of €40million for the 26-year-old, despite claims of an earlier promise that Sissoko could leave for around half that fee.

"We do not understand Newcastle. We agreed last year that Moussa would stay for one more year to help the team. He has given his all for the club," the midfielder's representative is reported to have told Foot Mercato.

"We never even talked about a higher asking price. The club always said they would allow Moussa to leave for a fee between €18m and €25m.

"We hope Rafa Benitez and Newcastle will be more reasonable again so we can resolve Moussa's future. He has always been loyal and respectful toward the club.

"There are clubs that have approached us and Newcastle. We hope everything goes well."