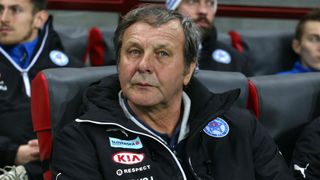 Sampdoria defender Milan Skriniar has been included in Slovakia's 23-man squad for Euro 2016, despite only making his international debut last week.

The 21-year-old featured in back-to-back 3-1 successes as Jan Kozak's side beat Georgia and world champions Germany, and showed enough to earn a spot in the final group.

"My biggest problem was finding another right-back, a position where we haven't got an alternative," Kozak said.

"However, Gyomber is fit again and Hubocan's heel looks better, so I said no to Tesak."

Slovakia's final pre-tournament friendly with Northern Ireland takes place on Saturday, with Kozak's men then kicking off their Euro 2016 campaign against Wales on June 11 in Bordeaux.