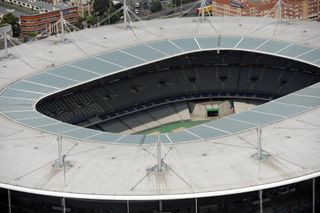 Host nation France will get the competition underway in Saint-Denis on June 10 before the final takes place at the same venue a month later.

Prior to that, the semi-finals will take place at a redeveloped Stade Velodrome in Marseille and the Stade de Lyon.

The competition will feature 24 teams for the first time, with group winners, runners-up and the four best third-placed teams from qualifying all gaining a place at the finals.

Those who reach the knockout stages in 2016 will be unable to face a nation from the same group until the final, while all competing teams will see their pool matches staged in three different locations.

UEFA president Michel Platini said in a statement: "I believe the calendar is great for fans since they will get the chance to see several teams and matches in or around their respective regions.

"Fans of a particular team are also now encouraged to travel around France to follow their team and discover the beauty the country has to offer.

"As far as the teams are concerned, I think it is great they can rotate between venues.

"It means nobody will have a so-called 'home advantage' by playing several times in the same stadium.

"It promises to be a fantastic celebration of football in a colourful and festive environment."