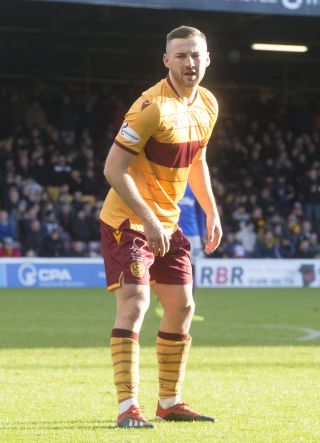 Stephen Robinson has added all the new signings he wanted ahead of the new season but the Motherwell boss is braced for less welcome transfer business.

However with David Turnbull back fit following the knee surgery which scuppered his £3million move to Celtic, and the likes of Allan Campbell, Declan Gallagher, Liam Donnelly and Liam Polworth having impressed in Motherwell’s third-place finish last season, Robinson is prepared for interest in his players.

“I believe we are done unless… the worry for me is the transfer window is open now until October,” he said ahead of Monday’s Scottish Premiership opener against Ross County in Dingwall.

“So with England shutting down for a little while, there is always the fear that English teams come in after watching games early on.

“So we are prepared for that but I have strengthened us in lots of areas. Whatever midfield I put out I believe will be a really strong midfield, which gives me a headache in itself but a good headache.

“We are prepared for people leaving the football club rather than bringing anybody else in.”

Motherwell sold James Scott to Hull in the final minutes of the winter transfer window so Robinson is well aware he may lose another player late on.

“It would be difficult but I have been Motherwell manager for quite a while now and it’s part of the job,” he said. “Anyone that plays for Motherwell is for sale, that’s the reality of the job.

“We have a business model that works in developing young players and selling players.

“You won’t hear me complaining about it, frustrating as it is of course when you lose people at the last minute and maybe don’t get the chance to replace them.

“But everyone is in the same boat now. Anybody from fourth down is open to offers and in this climate the club can’t refuse if the money is right.”

Hastie has returned to Fir Park on loan a year after leaving for Rangers and Robinson knows his other new arrivals well.

“We have been able to re-sign Chris Long and Mark O’Hara, that was easy to do, and the attraction of European football was a big sell to them and other boys we have signed,” he said.

“Every year we take a couple of gambles, bring in maybe foreign players or boys with electric pace that we hope might progress.

“I don’t think I have done that this year, I have been able to get boys that I believe will be able to enhance the squad and enhance the team.”