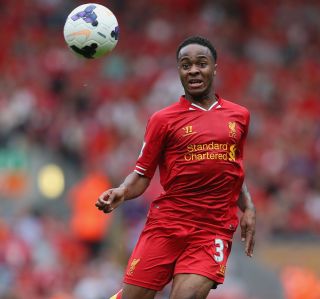 In-form winger Sterling is reported to be a target for the Welsh club, with Liverpool said to be closing in on Basel winger Mohamed Salah.

Teenager Sterling has impressed in recent weeks after regaining his place in the first team and Pascoe insists he will not be leaving Anfield.

Speaking at the pre-match press conference ahead of Liverpool's FA Cup third-round tie against Oldham Athletic on Sunday, Pascoe said: "We laughed at the rumours linking Raheem Sterling with a loan move away. He's going nowhere."

Pascoe revealed that Daniel Sturridge (ankle), Jon Flanagan (hamstring) and Joe Allen (abductor) should return to training in the next two weeks.

Skipper Steven Gerrard came off the bench against Hull City and the skipper is in contention to start against Oldham, but Pascoe stressed the importance of adding to the squad as resurgent Liverpool attempt to make further strides.

He said: "Even though it's not a big squad, we've got a tight squad, they play well together. We should have three or four players return soon.

"We're looking at players to bring in during the transfer window, but recent injuries doesn’t change anything.

"We’re pleased that Stevie, Daniel Sturridge, Joe Allen are all coming back soon, so we're thin at the moment, but not for long.

"Our work on transfer targets is always ongoing — not just in January or in the summer. We have targets."