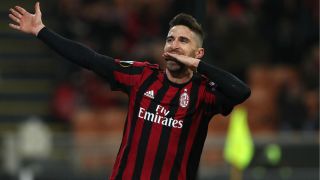 Sunderland have confirmed Fabio Borini and Jeremain Lens will complete permanent moves to AC Milan and Besiktas respectively next month.

In releasing their retained list for the new season on Thursday, Sunderland - relegated to League One last term - confirmed the Italian will move to San Siro on a permanent basis on July 1.

Similarly, winger Lens will sign for Besiktas, the club he played for on loan last term.