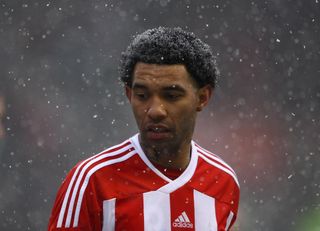 Virtually from the moment the final whistle blew on last season’s S.League campaign, the Stags have been wheeling and dealing, bringing in a collection of players from former Malaysia Super League club LionsXII.

Singapore internationals Izwan Mahbud, Christopher van Huizen, Izzdin Shafiq, Hafiz Sujad and Firdaus Kasman are among the talent to have come on board at last year’s S.League runners-up.

Now Tampines have set their sights on Pennant, a Champions League finalist with Liverpool back in 2007 who last played with Wigan Athletic in the Championship.

According to a report from Red Card Sports Radio, Pennant will undergo a week-long trial with the S.League outfit.

Beset with disciplinary issues earlier in his career, the 32-year-old Pennant has had stops with Arsenal and Stoke City, as well as Real Zaragoza in Spain and more recently with Indian Premier League outfit Pune City.