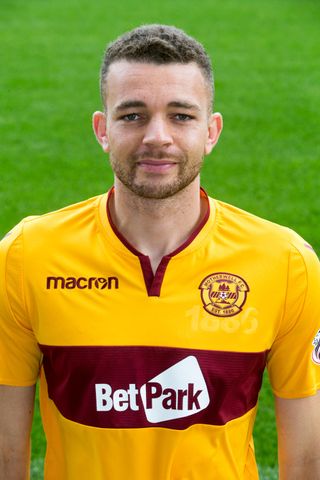 An equaliser from Aaron Taylor-Sinclair earned Livingston a crucial point as they clung on to fifth place in the Ladbrokes Premiership with a 1-1 draw.

Hibernian took the lead with a Christian Doidge opener four minutes after the interval and victory would have seen the Easter Road side leapfrog their visitors.

However, Taylor-Sinclair levelled things up six minutes later and the hosts were left to rue their missed penalty before the break when Robby McCrorie saved from Scott Allan.

The draw leaves Hibs sixth, a point behind their opponents.

The big news in the Livingston team was an instant debut for new signing Efe Ambrose, signed this week.

There was a late change in the Hibs side before kick-off, with Joe Newell succumbing to the ankle injury he picked up in last week’s victory over Kilmarnock.

Lewis Stevenson was drafted in off the bench, with Melker Hallberg promoted to the substitutes.

Greg Docherty’s left-foot effort was turned around the post by McCrorie before Jon Guthrie had to boot clear from the lurking Doidge after Martin Boyle’s run and cross.

Then Hibs wasted a gilt-edged opportunity to break the deadlock midway through the half.

Boyle’s centre hit the hand of Taylor-Sinclair and referee Alan Newlands pointed to the spot. Allan’s penalty was well struck but McCrorie dived to his right to beat the ball away.

McCrorie was there to deny the home side again three minutes later when he turned round a curling Marc McNulty shot, before Livingston came close to the opener.

Steven Lawson hit a ferocious drive from 30 yards that was heading for the roof of the net but Hibs keeper Ofir Marciano acrobatically tipped the effort over the bar.

Moments later, Lyndon Dykes crashed over in the box but this time Newlands was not impressed.

After a substandard first-half, the game burst into action after the break.

Hibs took the lead when a concerted attack climaxed with Doidge turning in Docherty’s low cross from six yards out.

Almost instantly, Taylor-Sinclair screwed a header wide when he might have done better with a Scott Pittman cross.

But the wing-back made no mistake with the equaliser in the 56th minute.

This time, Steven Lawless provided the ammunition with a wonderful in-swinging cross from the right and Taylor-Sinclair ghosted in at the back post to poke the ball beyond Marciano into the net.

Neither side could carve out any clear-cut chances as time ebbed away and both had to settle for a draw.