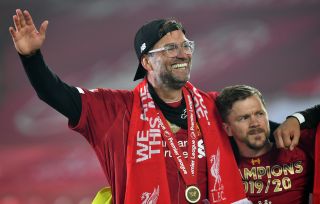 Ahead of the new campaign, the PA news agency takes a statistical look at the 2020/21 Premier League season.

30 – years since Liverpool have started the season as English champions.

9 – trophies won by Jurgen Klopp in his managerial career after last season’s success.

18 – points Manchester City must make up on Liverpool from last season if they are to reclaim the title.

7 – years since Manchester United – the most successful team in the history of the competition with 13 titles – last won the trophy.

666 – number of wins Manchester United start the season on, 87 more than second-placed Arsenal.

0 – defeats for Bruno Fernandes in his first 14 league games at Manchester United.

16 – years since Leeds were last in the Premier League.

12 – teams – club and country – that Leeds boss Marcelo Bielsa has been in charge of his 30-year management career.

73 – Hodgson’s age when the season kicks off, extending his record as the oldest manager in the history of the league.

13 – years Mike Ashley has been in charge of Newcastle.

11 – Occasions that Tottenham and Everton will have met on the opening match day of a top-flight season – three times more than any other fixture.

6 – London-based teams in the league following Fulham’s promotion from the Sky Bet Championship.

8 – years since Aston Villa, West Brom and Wolves were all in the Premier League.

2 – clubs Slaven Bilic will have managed in the division (West Ham and West Brom).