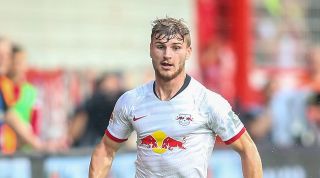 The Germany international has committed his future to the Bundesliga side, with his new deal running until 2023.

Werner, who has previously been linked with Liverpool and Bayern Munich, was due to be out of contract next summer.

Leipzig feared losing their star man for nothing at the end of the season, but they have successfully persuaded him to remain at the Red Bull Arena.

Werner has scored 63 goals in 117 appearances for Leipzig, the club he joined from Stuttgart in 2016.

The striker opened the scoring in his side's 2-1 victory over Eintracht Frankfurt on Sunday.