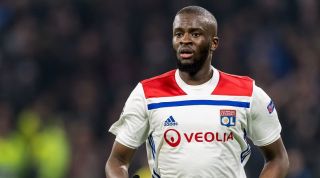 Tottenham will complete the signing of Tanguy Ndombele in the coming days, write the Evening Standard.

The Lyon midfielder will move to north London for a club-record fee of at least £60m, ending an 18-month wait for a new signing.

Spurs' most expensive purchase at present is Davinson Sanchez, who joined the club for £42m in 2017.

But Daniel Levy has sanctioned a deal in excess of that price after being compelled to loosen the purse strings by Mauricio Pochettino.

The Tottenham boss has revealed that Levy, the Premier League's longest-serving chairman having assumed the role in 2001, still has the final say on transfers.

But the Argentinian will be delighted with the acquisition of a player who was previously linked with Barcelona and Manchester United.

5 things I want to see from Tottenham Hotspur this summer