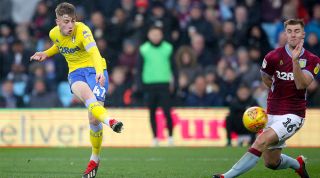 Tottenham may have thrived while making no signings last summer, but aren't going to repeat the effort this time around.

Spurs are closing in on promising 18-year-old Leeds United winger Jack Clarke, according to reports.

Mauricio Pochettino was clearly impressed with his form, reportedly targeting him back in January, and now the deal seems close to completion.

The fee is in the region of £10m, according to Joe Urquhart of the Yorkshire Evening Post. Leeds have also secured a sell-on clause, and will have the first option to take Clarke back on loan should Spurs decide to send him out.

Clarke would be Spurs' first signing of the summer, but with the club strongly linked with Lyon's Tanguy Ndombele, more signings are expected as the club look to make a challenge for the Premier League title.