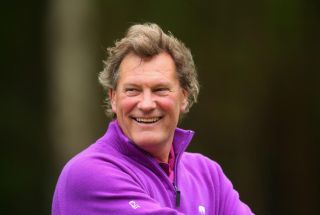 Villas-Boas left White Hart Lane following Tottenham's 5-0 defeat to Liverpool in December, and Hoddle insists he was in the frame to replace the Portuguese.

Tottenham eventually opted to promote Tim Sherwood, but Hoddle, a previous player and manager at White Hart Lane, was willing to assume the reins.

"I nearly went there this time round until the end of the season," Hoddle told BBC London. "I said I was prepared to do that.

"I wouldn't have been prepared to do it for any other club apart from Tottenham because it's in my DNA.

"Although I've had great times at other clubs, there's just something in there about Tottenham and myself that goes back to when I was eight years old.

"So if that was the case, and it nearly became the case, I would have been happy to go back, but they made their decision and they've moved on."

Former England and Chelsea boss Hoddle has not been in charge of a league club since 2006 when he stepped down at Wolverhampton Wanderers.