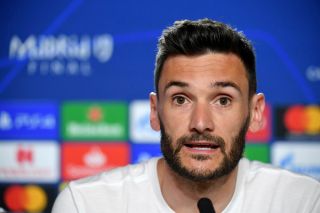 Hugo Lloris does not think Tottenham need to abandon their philosophy just because they lost the Champions League final.

Spurs’ biggest ever match ended in a 2-0 defeat to Liverpool in Madrid, with Mohamed Salah’s early penalty and a late Divock Origi strike doing the damage on Saturday.

However, simply reaching the showpiece event was an impressive achievement for Spurs, given they have not bought a player since January 2018 and have battled against some difficult circumstances this season.

There is no doubt that the club is at a crossroads this summer, with boss Mauricio Pochettino deserving of backing in the transfer market after the job he has done with minimal money to spend.

Liverpool went out and spent big 12 months ago, having themselves suffered a painful defeat in the Champions League final, but captain Lloris does not think it is realistic for Spurs to do the same.

“It is difficult to compare both projects,” he said. “There is one club who sets out to win every competition in which they play, and that is not the case with Tottenham.

“We work and try to stick with the philosophy of the board, manager and the club.

“We look to improve every season and we have shown improvements year after year, so we now cannot throw everything in the bin after a Champions League final defeat.

“It’s been a big step for the club and the only thing we can look to do is come back stronger next season.

“That decision belongs to the gaffer and the board, I am just a player.

“The only thing I can say, getting to the Champions League final was a very big and emotional thing and it is difficult for us to end the season in this way, because you never know when you will get the opportunity to win this type of competition again.”

Lloris is a big ally of Pochettino, who stood by his captain after a drink-driving conviction last August.

Pochettino has not done much to guarantee he will be at the club himself next season, even suggesting he could take a sabbatical, while also rejecting the chance to quash speculation linking him with the Juventus job.

“It is normal to have speculation around all the best managers,” Lloris said. “I am sure he has an idea of what he wants and only he can talk about that.”