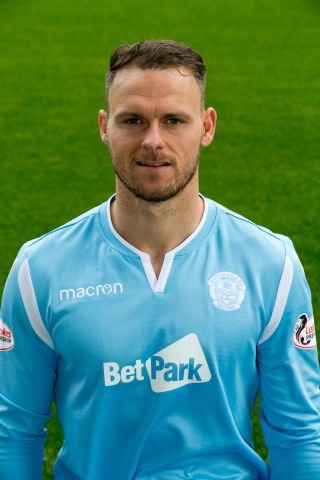 Motherwell keeper Trevor Carson has signed a new two-and-a-half-year contract which keeps him at the club until the summer of 2022.

The 31-year-old Northern Ireland international joined the Steelmen from Hartlepool in June 2017.

He won the club’s player of the year award in his debut season in which Stephen Robinson’s side reached both major cup finals.

“I am delighted to be staying with the club,” Carson told Motherwell’s official website at the club’s January training camp in Tenerife.

“It was a no-brainer to stay with a team that is continuing to constantly improve.

“I will keep working hard for the squad as we try and push on in the second half of the season and beyond.”

Robinson said: “It’s a massive plus for us to retain a goalkeeper of Trevor’s quality on a long-term contract.

“Trevor has shown me in training he is back to his best again after his unfortunate illness.

“We are delighted he has shown his commitment to the club for the next two-and-a-half years, even though he had no shortage of offers from other clubs at our level.

“I’m convinced Trevor will go from strength to strength and continue to push for more international recognition.

“It’s also shows our intent as a club to continually build the squad and keep moving forward.”