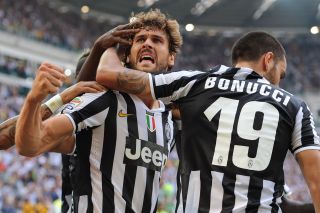 In a meeting of two of the true giants of European football, Juventus will be desperate for a win that would keep them in second position in Group B.

Juve have been held to 1-1 and 2-2 draws against FC Copenhagen and Galatasaray respectively and will enter the fixture off the back of a disappointing 4-2 loss at Fiorentina on Sunday.

First-half goals from Carlos Tevez and Paul Pogba looked to have Antonio Conte's side cruising, but Fiorentina – who were inspired by a hat-trick from Giuseppe Rossi – scored four times in the last 25 minutes to inflict Juve's first defeat of the season.

Conte hopes his side can respond quickly and denied claims that they were focusing on Real Madrid in the build-up to their trip to Florence.

"We lost a game that we dominated for 70 minutes. We were home and dry and had more than one opportunity to score the third goal," Conte said after the defeat.

"I don't think our focus was already on Real Madrid, otherwise we would have got our overall approach wrong."

Defender Stephan Lichtsteiner (thigh) and midfielder Simone Pepe (thigh) have been ruled out of the fixture.

And Juventus' injury worries do not stop there, with strikers Mirko Vucinic and Fabio Quagliarella (both thigh) also set to miss out.

Nine-time winners Real Madrid have won both of their Champions League fixtures this season, thrashing Galatasaray 6-1 before easing past FC Copenhagen 4-0.

Cristiano Ronaldo has scored five goals in those two matches, making him the competition's leading scorer.

The Portuguese star – who was top scorer last season with 12 goals – has now scored 24 goals in his last 20 Champions League appearances.

Ronaldo's 56 career strikes in the competition also see him fourth in the all-time scorers list.

World-record signing Gareth Bale has made just four appearances for Real since joining from Tottenham but returned from a thigh injury in the club's 2-0 win over Malaga on Saturday.

He is expected to feature against Juventus, while midfielder Xabi Alonso has returned to training following a broken foot.

The match will come too soon for Alonso but the news of his return will be a significant boost for Real, who can move a step closer to qualification for the Round of 16 with another victory.