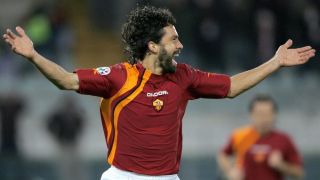 The UEFA Europa League gets back under way this week, with a notable former international set to feature for San Marino's La Fiorita against Vaduz.

In total, 102 clubs will get their qualification up and running on Thursday before 15 more join the draw for the second qualifying round, and former Italy midfielder Damiano Tommasi is set to lace up his boots again for the occasion.

Tommasi's return is likely to buoy a La Fiorita side yet to score in two qualifying campaigns - the former Roma man having initially retired as a professional six years ago.

After being named in the squad list, Tommasi told UEFA's official website: "I've been missing from the international stage for so much time.

"La Fiorita gave me the chance to relive this kind of challenge. I hope to add a beautiful chapter to my footballing career."

Alongside Go Ahead, University College Dublin are the only other second-tier side competing in the tournament - the Irish outfit are taking on F91 Dudelange, while Shamrock Rovers also await a Luxembourg-based side in Progres Niederkorn.

Cork City and St Patrick's Athletic face KR and Skonto, with Alashkert and Balzan making their European debuts against St Johnstone and Zeljeznicar.

Botosani and Spartak Tskhinvali meet in Romania for their first leg, while Saxan and Olimpic will get under way against Apollon Limassol and Spartak Trnava.

Aberdeen will need to get past Shkendija to set up a second-round tie with Croatian side Rijeka, with Gibraltar's sole representatives Europa FC facing Slovan Bratislava.

Elsewhere, there are trips for Renova, Ordabasy and Shirak to Dacia Chisinau, Beitar Jerusalem and Zrinjski Mostar, while Flora and Atlantas enjoy home advantage for their first legs with Rabotnicki and Beroe.

Kazakhstan's hopes rest with Kairat and Aktobe, who play Red Star Belgrade and Nomme Kalju - with Serbia's Cukaricki and Vojvodina making the trips to Domzale and MTK Budapest.