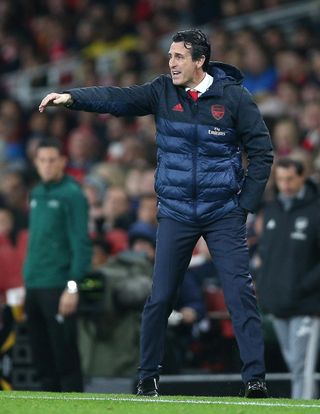 Arsenal are likely to recall a host of first-team regulars for Sunday’s Premier League visit of Crystal Palace.

Gunners boss Unai Emery made 10 changes for the 3-2 Europa League win over Vitoria but the likes of Pierre-Emerick Aubameyang, Granit Xhaka and David Luiz are expected to come back in.

Reiss Nelson (knee) is the only injury absentee while Nicolas Pepe will expect to start after coming off the bench to score twice on Thursday night.

Crystal Palace could see goalkeeper Vicente Guaita return after he was forced to miss the defeat to Manchester City because of a groin problem.

Defender Martin Kelly (groin) has been able to train all week, so should be involved.