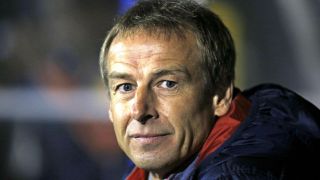 With the inclusion of expansion clubs New York City and Orlando City, plus the high-profile arrivals of David Silva, Kaka, Frank Lampard (on loan at Manchester City), Sebastian Giovinco and Jozy Altidore, season 2015 promised to be memorable and early indications follow that line of wording.

The opening weekend saw Brazil star Kaka score a stoppage-time free-kick as Orlando City drew 1-1 with New York City in front of a sell-out crowd of 62,510 at Citrus Bowl.

Not to be outdone by the league's new recruits, United States international Clint Dempsey has scored three goals in two matches for Seattle Sounders and Klinsmann congratulated MLS for an eventful opening fortnight.

"As a start, it was a huge opening weekend for MLS. It was awesome to see full stadiums all over the place," Klinsmann told US Soccer.

"It's been very exciting to go from game to game and seeing our players in action, whether it was Jozy Altidore scoring two goals or Clint Dempsey scoring two goals in Seattle, Nick Rimando playing well, and then new teams in the league.

"Seeing Brek Shea at left-back in Orlando City, where we tried him out in the January camp is pretty exciting. Having players like Kaka and David Villa in the United States is awesome.

"It's been an exciting start to MLS and for all soccer fans in the country, and we are looking forward to the upcoming games."