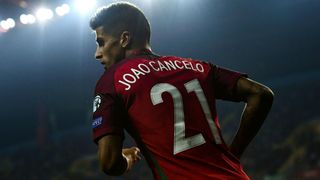 Valencia CEO Mateu Alemany claims there has been no offer from Chelsea for full-back Joao Cancelo.

Reports in England suggest the Premier League champions are prepared to launch a bid for the 23-year-old after scouting him extensively.

However, Alemany says he knows nothing of any Chelsea approach for Cancelo, who was also linked with Barcelona last season.

"There is no Chelsea offer for Cancelo," he told a news conference.

"They are different situations. Murillo is close to an agreement but nothing has been signed up until now," said Alemany.

"There are difficulties with Kondogbia. We'll have to wait a little longer."

Valencia boss Marcelino has given his blessing to the proposed deals, telling Cadena Ser: "I like Kondogbia, I think he could fit in well here. I think his [Murillo's] arrival is near.

"I think it's a long process. As of today, we still need several additions.

"I'd expected from the start that new signings would arrive late. It doesn't surprise me."