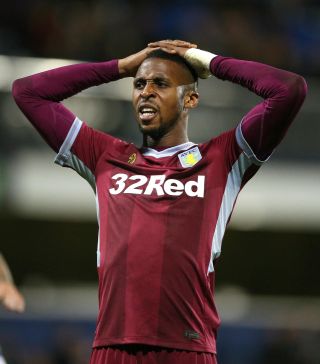 Aston Villa’s Jonathan Kodjia appears set for a move to Qatar after Al Gharafa claimed the striker was scheduled to arrive for a medical.

The 30-year-old Ivory Coast international, out of contract at the end of the season, has made just nine appearances in the current campaign, with his only two goals coming against Liverpool’s youth team in last month’s Carabao Cup quarter-final.

Kodjia has not played for Villa since the FA Cup defeat to Fulham nearly a fortnight ago because of illness and boss Dean Smith – who is closing in on an £8.5million deal for Genk striker Mbwana Samatta – confirmed on Thursday he would not feature against Brighton this weekend.

Qatar Stars League side Al Gharafa, managed by former Cottagers boss Slavisa Jokanovic, claim, however, he is set to join them.

“Ivorian international Jonathan Kodjia arrives in Doha tomorrow, God willing, to perform a medical examination in preparation for signing for the club,” the club announced on Twitter.

Kodjia had been linked with Sky Bet Championship side Nottingham Forest.