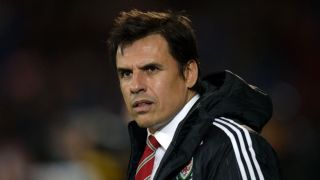 Wales are to play Northern Ireland and Ukraine in friendlies prior to the European Championship in France this year.

Chris Coleman's side qualified for their first major tournament in 58 years by finishing second in Group B while Northern Ireland topped Group F to reach their first European Championship.

Prior to Euro 2016, Wales will face their near-neighbours at Cardiff City Stadium on March 24 before taking on Northern Ireland's Group C rivals Ukraine at the Olympic Stadium in Kiev four days later.

Wales boss Coleman said: "We are delighted to be playing the two fixtures and they will be ideal preparation for our group games at Euro 2016.

"Michael O'Neill has done a fantastic job as manager of Northern Ireland and I am delighted for him. This will be a great occasion for both sets of fans ahead of the finals.

"Meanwhile, the Ukraine are quality opposition and will be a real test for myself, the coaching team and the squad of players."