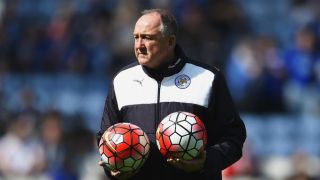 Steve Walsh has left his post as Leicester City's head of recruitment to become director of football at Everton.

The 51-year-old accepted the new role at Goodison Park, and Everton confirmed the news on their official website after agreeing a compensation package with the Premier League champions.

"I'm proud and privileged to become director of football at such a fantastic and historic club," he told Everton's official website.

"With a new manager and a new major shareholder, it feels very much like a new era here at Everton and that potential is what is most exciting."

"His track record, particularly at Leicester City, is already the stuff of football folklore, and both myself and Farhad, having spent time with Steve, are convinced he is exactly the right fit for our club and our new manager."

Walsh, who was responsible for recommending N'Golo Kante and Riyad Mahrez to Leicester during his time at the club, is expected to help Everton manager Ronald Koeman in his recruitment drive.

Everton have made only one signing during the transfer window, bringing in goalkeeper Martin Stekelenburg from Fulham, but further reinforcements are now likely to go through, bankrolled by owner Farhad Moshiri.

"It's really good for the club to have someone in Steve who has shown his quality in his job at a number of clubs over many years," Koeman said.

"That's the experience and quality he will bring to us at a good time in the season. He has a great deal of knowledge about building for the long term and the magnificent work he did at Leicester on top of the job he did at Chelsea [as European scout] makes us excited to have him here at Everton."