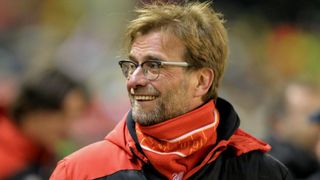 The Anfield outfit have been heavily linked with the 25-year-old and are reportedly putting in a bid close to £25million this week.

However, with other clubs circling and Shakhtar asking for more money, Klopp said he needs to be smart about how he spends the club's budget.

"I've tried my best, but I don't think in the short term. I knew when I came here, it was not the easiest way to go, that it would be difficult," he said.

"I had a few problems to solve, which three months ago nobody could know we would have.

"You can't just go 'We have money', and throw it away and take any players you want. It is always about the decision, you can sign a lot of rubbish with money or you can make really good decisions.

"I cannot say, 'It is only money going somewhere else'.

He added: "We have money, but we are not in Disneyland and can say, 'Come on, take what you want'. We have a budget, we work with it.

"We have a lot of things to do; the club is building a stand, this is for the long-term development of the club.

"I know I can handle pressure really good. Now we have a situation where we think 'What will help?'"

The German hinted the club would be looking to splash the cash in the off-season rather than in January.

"Who can help from next season on for three, four, five years? In the summer we will have to make decisions; that is normal," he said.

"Now we have to work on this situation and then in the summer, believe me, we will be prepared for the next season."