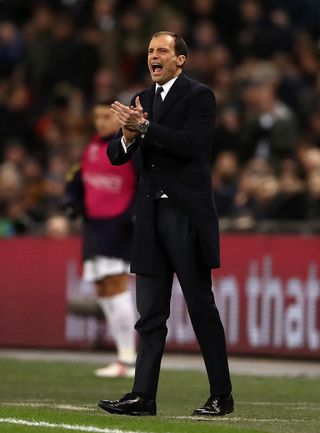 Juventus coach Massimiliano Allegri admits his side have been guilty of easing down since sealing the Serie A title.

The Bianconeri clinched an eighth successive league crown with victory over Fiorentina on April 20 and have drawn their two matches since against Inter Milan and Torino.

Allegri’s team are still 19 points clear at the top of the table and the Fiorentina win is Juventus’ only victory in any competition for a month, during which time the club has also been eliminated from the Champions League by Ajax.

On Friday it looked like Juventus would lose at home to city rivals Torino for the first time since 1995 until Cristiano Ronaldo equalised with a late header.

Allegri told the club’s official website: “Clearly once you’ve won the league the foot comes off the gas a little bit and it becomes difficult to find the motivation.

“But compared to the San Siro, we started better and if we hadn’t conceded that goal in the first half it might have been a different game.”

Juventus looked off the pace for much of the first half and it wasn’t until Sasa Lukic’s 18th-minute strike put Torino in front that they started to play.

A much improved second-half performance probably deserved to see Allegri’s team earn a point and the manager took some positives from the match.

“It was a good game. In the first half, as well as the goal we gave up, we allowed them to hit us on the break too much, while in the second half we did better,” he said.

“(Leonardo) Spinazzola finished the game in the ascendancy, whilst Cristiano Ronaldo scored a good goal, everyone gave a good account.

“I’m also happy for the guys who have been making their debuts, today it was (Matheus) Pereira who had a run out, but they have been different players so far and maybe from here until the end of the season there will be an opportunity for some of the others too.”

While Torino’s long wait for a victory away at Juventus goes on, the point kept them in sixth place in the table and means they are still in the hunt for a Champions League place, lying two points behind fourth-placed Atalanta.