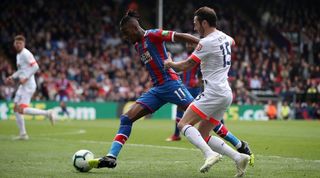 However, the Ivory Coast international appears ready to move on after the Daily Mail reported that he had asked club chairman Steve Parish to let him go during the transfer window.

Zaha is eager to play in the Champions League and wants to have his future resolved quickly, but the Eagles have set an £80 million price tag for the forward.

Palace are said to be ready to entertain bids, but a sale could see Aaron Wan-Bissaka stay at the club as they look to avoid enraging supporters by selling two of their biggest assets in the same window.