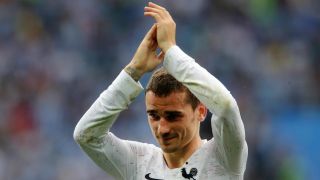 Nizhny Novgorod concluded hosting duties for the World Cup this week when it staged France's 2-0 quarter-final win over Uruguay.

Antoine Griezmann was the star of that game and earned plenty of kudos on social media later for his gracious comments about how important the South American country has been to him in his career.

Elsewhere, Omnisport decided to slap the notion of a 'rest day' square in the face by sending a reporter up and down the famous Chkalov Staircase, complete with some inspirational backing music.

There was some far more impressive marching from France fans, too, as you can see in our collection of Nizhny's best week-three moments below.