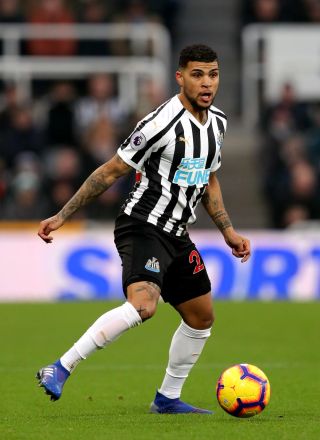 The United States international has a hip problem and could join central defender Jamaal Lascelles (fractured tibia) on the sidelines, while Matt Ritchie is expected to be out until the end of January after undergoing a second bout of ankle surgery.

However, fellow midfielder Sean Longstaff is available once again after completing a three-match ban following his sending-off against Wolves.

City are still without record goalscorer Sergio Aguero, who suffered a thigh injury in last week’s defeat of Chelsea.

Midfielder Bernardo Silva is back in Premier League action after serving a one-match domestic suspension.