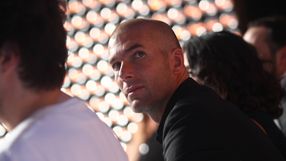 France World Cup-winner Zidane is among a number of high profile football celebrities, including Barcelona coach Pep Guardiola, supporting the Gulf State's campaign and the ad has been shown in various countries and on satellite TV.

In the advert, the former Real Madrid playmaker goes back to where he grew up in Marseille and says it was tough to succeed coming from a family with Algerian roots but he did and hopes a World Cup in the Middle East can give Arab kids a chance.

A spokesman for William Hill told Reuters: "It's impressed us enough to make them (Qatar) favourites. We quote them at 4-9 ahead of Australia at 3-1 and the United States at 7-2."

William Hill rank Japan and South Korea, the co-hosts of the 2002 World Cup, as outsiders at 33-1 and 40-1 respectively.

The British bookie's confidence is a welcome boost for Qatar whose bid failed to totally impress FIFA's inspectors who raised concerns in their evaluation report about the impact of 50 degree centigrade temperatures in June and July.