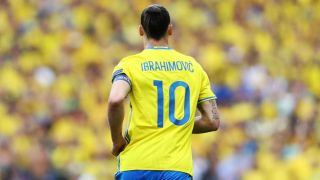 Zlatan Ibrahimovic does not hang around - he's already been breaking records following his long-awaited move to Manchester United.

United confirmed the signing on Friday, with the striker himself having announced the switch via Instagram a day earlier.

And the Old Trafford club revealed on Saturday that the former Paris Saint-Germain frontman registered unprecedented levels of power before completing the deal.

The signing of Ibrahimovic on a free transfer was seemingly followed on Saturday by the acquisition of Henrikh Mkhitaryan from Borussia Dortmund, the Bundesliga club announcing the move, although the Red Devils are yet to officially confirm it.