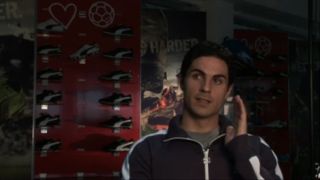 Amidst the mad traffic of the midfield Mikel Arteta travels at his own elegant pace, dissects the opposition’s defence like a master surgeon.

As well as presenting his team-mates with goals on a silver platter he also had dynamite in his boot for launching a rocket propelled grenade from distance. But, while the execution of the pass lies with the playmaker, Arteta believes movement of the players around him is just as important.

“The most important thing is that you get the players around you who can make runs and they can read situations and run behind,” said the Spaniard.

“It gives you the space to put the ball in behind, the only thing then is execution and quality. It makes being a playmaker a lot easier.”

In this video Arteta breaks down the art of making the killer pass in to a 6-step guide.