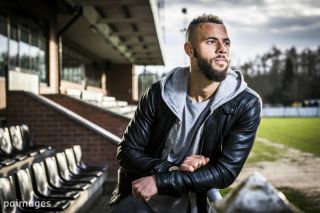 John Bostock remembers walking through the gates of London Nautical School the day after making his Football League debut. “There were photographers from national newspapers who wanted to take my picture,” he tells FFT.

He was a 15-year-old wonderkid, a baby-faced youngster with talents beyond his years.  Barcelona sent him boots signed by Ronaldinho, while Arsenal posted shirts worn by Cesc Fabregas as Europe’s biggest clubs sought to tempt him away from Crystal Palace.

He was labelled England’s next great hope, but nine years later he finds himself rebuilding his career at Ligue 2 side RC Lens. His story is a familiar one in English football, where young talents often burn brightly before fading into obscurity. FFT finds out why…

'I wanted a designer wash bag or a new car'

For teenage prodigies, an early taste of fame and the temptation to squander newfound wealth can prove difficult to resist. Danny Cadamarteri was 17 when he scored a stunning solo goal in Everton’s Merseyside derby win over Liverpool in October 1997.

“I’d had a little bit of exposure but then I scored the winner in front of 30,000 people,” he tells FFT. The next day my name was on the back of the national newspapers. It created a level of expectancy, which wasn’t easy to deal with.

“I went into a senior environment with wealthy players around me buying nice things. To a degree you feel like you have to keep up. You want a designer wash bag or a new car. As a young player you can get distracted by that lifestyle.”

Related story: Get the best out of young players

Former Liverpool prodigy Adam Morgan is now on the books of National League North side Halifax Town and remembers his explosion in profile on social media just hours after making his debut on the Reds' pre-season tour of America.

“I scored on the tour and my Twitter following increased by 45,000 followers in a day and that’s not an exaggeration, it could have been even more than that,” he adds. “It’s just something you have to deal with.”

Bostock was handed a lucrative five-year-deal when he joined Tottenham in 2008 and acknowledges the dangers of being paid vast sums of money at such a young age, but insists it didn't play a part in his demise.

"If you give any human that sort of attention, money, pressure and lifestyle at that age, they’d struggle to always make the right decision - but the way I chose to live my life wasn't how people think.

“I never went out clubbing and never touched alcohol. I tried to make sure everything in my life was as good as it could be. I didn’t want to look back and have any regrets. I knew players who did go out and I don't judge them for that, but they did the business on the pitch.”

Too much, too soon?

Perhaps the 25-year-old’s downfall was the result of his premature introduction to first team football. Bostock trained with Palace’s first team when he was just 14 and believes it affected his long-term development.

“The way I started my career wasn’t the norm,” he reflects. “I played a first team game before I played a reserve game. I wasn’t prepared – I almost had to learn on the job. Maybe I would’ve benefited from being held back a little longer."

Cadamarteri can relate to Bostock’s story. He was compared to another teenager making waves on the other side of Stanley Park, but had to wait 12 months before scoring his next goal.

“I was compared to Michael Owen, but he was part of a Liverpool team doing pretty well – they had [Steven] Gerrard, [Jamie] Carragher and [David] Thompson coming through into a strong team. At Everton, myself, Phil Jevons, Richard Dunne and Francis Jeffers were part of a side that was up against it.

“The situation we found ourselves in probably didn’t help my development. Consistency was my biggest problem. I’d have a good run and then a couple of poor games and the manager would sacrifice me for a senior player like Nick Barmby."

'I thought if I didn't score, I'd failed'

Wonderkids can often struggle to deal with setbacks in the aftermath of their heady rise. Bostock had five loan spells during his five years at Spurs and admits his confidence suffered during that period.

“I had the chance to mix with some of the best young players in Europe – Gareth Bale and Luka Modric joined at a similar time - and there was a plan of progress for me. I made my debut and was scoring goals for the reserves but all of a sudden I was dropped back into the under-18s.

“That was the biggest mental test for me. I thought I’d already proven myself beyond that level, but the club thought that was the right decision. It felt like the worst season of my life and my confidence was knocked because of the lack of opportunity.”

Morgan also found it difficult when faced with similar tests of character during several loan spells away from Liverpool. “I put too much pressure on myself. I said to myself ‘right, I need to score 20 goals,’ and that was the wrong way of thinking about it.

“I had a reputation for scoring and Robbie Fowler and a lot of big name people said I would score goals. I thought if I didn’t score for a few games I’d failed and looking back that wouldn’t have been the case.”

He also suggests academy life didn’t prepare him for the challenge of living away from home. “I was 19 when I joined Yeovil on loan and I’d never lived away from home before. I’d been away with England for four or five weeks – but that was it. It was hard and it was a shock to the system.”

Still only 22, Morgan has opted to rebuild his career in non-league football. He scored a hat-trick in Curzon Ashton’s 4-3 defeat to AFC Wimbledon in the FA Cup second round in December before joining Halifax. He still believes he has time to fulfill his potential.

“I believe I can play at a higher level,” he says. “I don’t want to be remembered as the lad who played a few games for Liverpool and was a half decent player but then dropped down the divisions because that would kill me.

“I still believe I could score goals in the Football League. I’m training every day as if I’m a professional. My dad has offered me work with his taxi firm but I’m committing myself 100% to football. I want to focus entirely on that.”

Related story: How to make a Premier League footballer

Bostock joined Lens from Belgian second division side OH Leuven last summer after helping the club win promotion to the top flight via the play-offs. He says the lessons of his fall from grace have added steel to his character.

“Sometimes it just doesn’t work out right, but there are many ways to achieve. Just because it didn’t work the way I thought it would, doesn’t mean the dream is over. I think tests of your character develop perseverance."

Cadamarteri, who retired in 2014 following a stint with Carlisle – the 11th club of his career - now teaches youngsters the lessons of his past as coach of Sheffield Wednesday’s under-18 side.

“The support network with players now compared to my day is substantially better. I was left to my own devices and treated like an adult at 17. It’s important we help players develop the character to deal with the pressure of first team football before they make that step up. Not everything in the game is pretty and you have to accept that.”