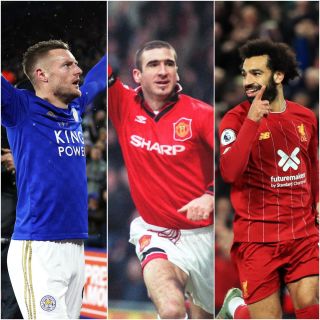 Monday marks four weeks since the most recent Premier League fixture, as the coronavirus shutdown continues.

As players try to keep themselves ready for an eventual resumption, the PA news agency looks at the Premier League goalscorers who have traditionally thrived in their first game back from a long lay-off.

For every Premier League player, we have looked at how many times they have played after a gap of at least 28 days since their previous appearance and in how many of those games they scored.

Among players with more than five such games in their Premier League career – whether due to a change of season, injury or other factors – Liverpool’s fearsome strikeforce fare well.

Mohamed Salah leads the way – of the seven matches he has played after four weeks or more of inactivity, he has scored in four. That includes Liverpool’s opening game in each of the last three seasons and Chelsea’s 6-0 hammering of Arsenal in March 2014.

Team-mates Divock Origi and Sadio Mane rank in the top 10, with occasional impact player Origi scoring in four of his 10 games after an absence of this length, while Mane has done so in three out of eight – with his brace against West Ham last August making it four goals.

Salah’s nearest challenger is Leicester’s Jamie Vardy, who was working his way back from injury when play was suspended and will surely be raring to go on the resumption – he leads the Golden Boot race on 19 goals and has scored in three of seven games after a break, including a brace against Arsenal to open the 2017-18 season.

Tottenham’s Dele Alli has managed three out of seven, scoring against Newcastle in successive season openers and Watford in October, while Manchester City, second in the Premier League table, have three reliable players to call on in this department.

Sergio Aguero has scored in eight of 19 matches meeting the criteria and David Silva seven of 17 as the pair round out the top five, while Riyad Mahrez has four out of 11 and a total of five goals to sneak into the top 10.

Manchester United midfielder Paul Pogba is tied with Origi while Burnley striker Chris Wood and Crystal Palace’s Wilfried Zaha have the same success rates as Mane and Mahrez respectively, though with just one goal on each occasion.

Return of the king

The Frenchman scored in four of six games after a hiatus of four weeks or more – including a penalty against Liverpool on his return from the eight-month suspension imposed for his kung-fu kick at Crystal Palace.

Thierry Henry scored in seven of 13 such games for Arsenal, totalling 10 goals thanks to a brace against Derby in 1999 and a 2005 hat-trick against Norwich.

Alan Shearer scored in nine games after a break, out of the 19 he played, with 10 goals after his season-opening double against Leeds in 2003.

Robbie Fowler managed 11 out of 24, including doubles against Derby in 1996 and Charlton two years later to match Daniel Sturridge’s record of 13 goals – the latter scoring in 13 separate games out of 35 meeting the criteria.