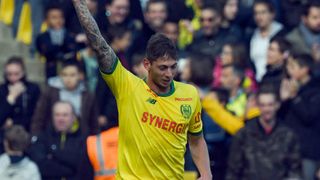 When Cardiff City and Nantes debated over whether Emiliano Sala would be allowed to play one last match for the French club last month, nobody could have anticipated the desperate turn of events that would make such a matter feel so incredibly trivial.

During negotiations between the two clubs, Nantes had reportedly been keen for Sala to feature for them one last time against Angers, but it was Cardiff who eventually got their way and the Argentine striker's club-record move to the Welsh capital was confirmed on the eve of that match.

It was a story typical of the January transfer window – a buying club tenaciously chasing mid-season reinforcements but facing stubbornness from a selling club determined not to be left in the lurch by the loss of one of their key players.

Typical, that is, until a Piper Malibu aircraft transporting Sala to Wales from western France disappeared over the English Channel late on Monday, January 21.

Following a three-day operation covering approximately 1,700 square miles around the Channel Islands, a statement issued by Guernsey Police from harbour master Captain David Barker confirmed active search and rescue efforts had been abandoned after his team had been "unable to find any trace of the aircraft, the pilot or the passenger". At that stage, chances of survival were considered "extremely remote".

As an extensive outpouring of grief and sympathy from across the football community continued, a number of high-profile figures and members of the public answered the Sala family's calls to fund a private search.

That operation located the plane wreckage on the seabed and the body of a victim, which police announced had been identified as that of Sala late on Thursday.

Sala's professional breakthrough came at Proyecto Crecer in his homeland – a youth academy with links to Ligue 1 side Bordeaux, who spotted his talent and brought him to Europe in 2012.

Although his time at Bordeaux demanded patience – Sala only made 11 league appearances for the club over three years – loan periods at Orleans, Niort and Caen gave him a platform to demonstrate his abilities.

Nineteen goals in 37 matches at third-tier Orleans, 18 in 37 league games with Ligue 2 outfit Niort and then five in 13 top-flight appearances with Caen – a period in which he played alongside N'Golo Kante and Thomas Lemar – convinced Nantes to take him to Stade de la Beaujoire on a five-year contract in 2015, paying a reported €1million for his services.

Sala quickly became a regular starter for Nantes and he racked up 42 league goals in three and a half seasons for the club. This term brought 12 from 19 games in Ligue 1, persuading  Cardiff that Sala was the man to fire them away from the Premier League relegation zone.

Tragically, he was never able to put such undoubted talent on display for a club and a competition that now mourns him along with the rest of the global game.