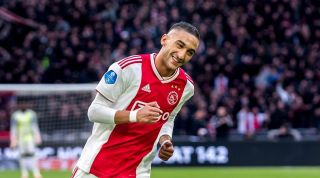 Ozil has been linked with a summer switch to Fenerbahce after a season in which he was regularly left out of Unai Emery's starting XI.

The former Germany international's high wages may prevent a move away from the Emirates Stadium, but Overmars believes Ziyech would be an upgrade on the ex-Real Madrid man.

"I believe Hakim Ziyech is better than Mesut Ozil," said Overmars, who made 141 appearances for Arsenal between 1997 and 2000, in an interview with AD.

"I would advise Arsenal to sell Ozil and buy Ziyech for half of the money, but they didn’t listen to me. Now there’s a good chance Hakim will stay at Ajax for another season.”

9 new rule changes are coming to the Premier League – but are they good or bad?