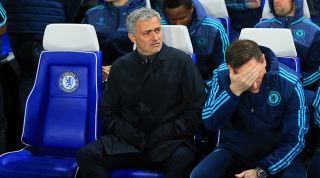 We can all recall the truly dreadful seasons – Derby County’s 11-point 2007/08 debacle, for example – but what about those sides who genuinely surprised everyone with how awful they were?

They began with moderate to high hopes, which were then quickly extinguished by sheer ineptitude. And after 27 years of Premier League action, these are the standout examples...

Leeds haven’t been a top flight club since 2004, but the Whites were defending champions in the inaugural Premier League season. The Yorkshire outfit had lost Eric Cantona to rivals Manchester United in November 1992, but were still considered genuine title contenders even after a radical rule change which meant goalkeepers couldn’t pick up the ball from a backpass.

But how wrong those expectations were. With keeper John Lukic struggling to adapt under the new regulations, Harold Wilkinson’s side instead finished 17th – 33 points behind Manchester United – without winning a single away game.

Losing only once at Elland Road all season kept them up – and with it, avoid the misery of being only the second title defenders in English top-flight history to drop the following season.

That first Premier League campaign was tricky for another former giant.

Forest had finished outside the top 10 just once (12th in 1981/82) in the previous 13 years, but under the guidance of legendary manager Brian Clough they were barely out of the relegation zone all season.

Forest finished rock bottom and Clough left that summer after 18 years at the helm, never to manage again. The East Midlands side briefly returned to the top flight, but now haven’t been in the division for 20 years.

Since being promoted back to the top flight in 1993, Newcastle had never finished outside the top six. In the two years prior to 1997/98 they were second, running Manchester United closest in the title race.

That was achieved under Kevin Keegan, but the Geordie hero resigned in January 1997 and Kenny Dalglish took charge. The Scot wasn’t helped, however, when top scorer and talisman Alan Shearer was injured in a pre-season friendly that summer, ruling him out for half of the campaign.

The Magpies limped to a 13th-place finish, scoring just 35 goals along the way. To make matters worse, board member Freddy Shepherd was the subject of a newspaper sting in which he referred to Newcastle women as “dogs” – but became chairman the following season anyway. Dalglish was sacked.

Having broken Manchester United’s stronghold by winning the title in 1994/95, Rovers’ positions over the next three years varied from sixth to 13th. But with Roy Hodgson in charge and a UEFA Cup finish the previous season secured, many had Blackburn down as dark horses for another title.

After two wins from their first 14 Premier League matches, expectations were revised somewhat. A 2-0 defeat to Southampton cost Hodgson his job – he resigned post-match, having only written pre-match that "the way a manager behaves in times of crisis can often be the decisive factor in determining whether a team pulls through or slides deeper into trouble".

Brian Kidd stepped up from assisting Alex Ferguson at Manchester United to become boss at Ewood Park, but couldn’t stop the slide and Blackburn were relegated only four years after being champions.

In 2001/02 the Hammers had finished seventh, and boasted a side brimming with academy talent. Jermain Defoe had top scored with 14 goals, while Joe Cole, Michael Carrick and Glen Johnson had also broken into the first team.

So it came as a giant surprise when the east Londoners ended the following campaign in 18th place and were relegated, going down with the most points (42) since the Premier League became a 20-team division. Not winning a game between October 27 and January 28 wasn’t exactly ideal.

LIST 14 teams that really weren't too good to go down

Under the guidance of Martin O’Neill, Villa were a team on the rise in the mid-2000s. The Northern Irishman had led them to three consecutive sixth-place finishes and European qualification from 2007-10, and even a 2010/11 season disrupted by the ill health of boss Gerard Houllier ended with the West Midlanders in ninth.

The appointment of former Birmingham City boss Alex McLeish as Houllier’s successor raised a few eyebrows, but their dreadful form under the Scot was more concerning. The Villans narrowly avoided the drop, ending 16th with what was then their lowest ever Premier League points total, number of wins and worst home record.

Villa fans hoped it was a blip, but then came that utterly miserable 2015/16.

Succeeding Sir Alex Ferguson was never going to be an easy task. Perhaps, in hindsight, it was an impossible one for David Moyes.

But the difficult truth was that the Red Devils had never finished lower than third since the Premier League began with Fergie in charge. In 2013/14 they were defending champions, but under Moyes bumbled to seventh with 64 points – both of which are still their worst records in each category.

The Scot didn’t even last the entire season and was sacked nine months into a six-year contract.

SEE ALSODavid Moyes at Everton: a lost legacy underneath the glass ceiling

There’s clearly something about the pressure of being defending champions. The season after winning the title under Jose Mourinho, Chelsea imploded. Spectacularly.

By the time Mourinho lost his job in mid-December, the west Londoners were 16th having lost nine of their 16 league games, including home defeats to Crystal Palace, Southampton, Liverpool and Bournemouth.

Just as in 2009, Guus Hiddink was appointed as interim and lifted results. Yet Chelsea still finished 10th – their worst position since 1995/96, and only the second time since Roman Abramovich bought the club in 2003 that they had ended lower than third.

The Blues did manage to lift themselves for killing off Tottenham’s title hopes, though, with Eden Hazard scoring one of his four league goals for the campaign to hand Leicester the trophy.

QUIZ! Can you name the 50 Englishmen who’ve managed the most Premier League matches?