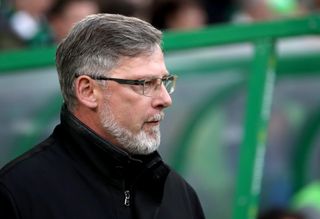 Hearts manager Craig Levein has been handed a misconduct charge by the Scottish Football Association in relation to an under-18s Edinburgh derby.

Levein faces a hearing on April 17 following an incident at a Club Academy Scotland Elite Under-18s League game between Hearts and Hibernian earlier this month.

The charge relates to Levein’s role as Hearts director of football.

Levein received a two-match touchline ban from the SFA in January – one game of which was suspended until the end of the year – for criticism of match officials after a defeat by Rangers.