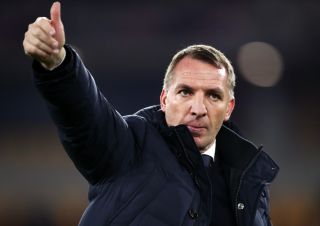 Brendan Rodgers' Foxes are in need of points in order to confirm their well-deserved status as a Champions League club next season. They were magnificent until Christmas, but a little wobbly thereafter. With Chelsea now flying and Manchester United looking better with each passing game, there can be no room for error. A win here would certainly help settle nerves.

Crystal Palace should be obliging opponents, with little left to play for. Solidly in 12th, and on 42 points after 32 games played, it's safe to say Roy Hodgson has done what everyone expected him to do and has wheeled the club from the South East of London to safety for another season. A Leicester win is the likely outcome, but squeaky bum time does funny things to the Premier League campaign.

Kick-off is at 3pm BST and the game is being shown on Sky Sports in the UK. See below for watching details where you are.