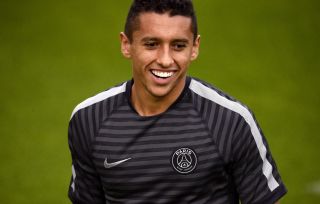 PSG exited the 2013-14 Champions League at the hands of Chelsea in the quarter-finals, throwing away a 3-1 first-leg lead as the London club progressed on away goals.

Monday's draw threw up a repeat of that tie, and Brazilian defender Marquinhos is eager to ensure that the Ligue 1 champions get revenge on the Premier League leaders.

"At this level, there are only great teams," Marquinhos told PSG TV. "We will train, work hard, to prepare for the two games. Chelsea have already won the Champions League and is at the top of their championship. They will give everything to qualify.

"The elimination suffered last season was painful. We will build on this to avoid repeating the same mistakes."

"Chelsea is a good draw for us," Al-Khelaifi said. "I am very confident. I trust my coach and my players to show the best of Paris Saint-Germain.

"We learned a lot from the experience of last season, and we will work to have a different ending this year."