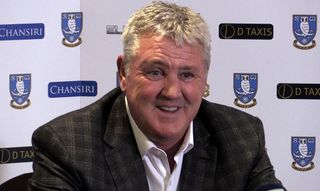 New Newcastle head coach Steve Bruce has vowed to win over the doubters after admitting he has always regretted turning down the job the first time he was offered it.

The 58-year-old was installed as Rafael Benitez’s replacement on Wednesday as angry fans vented their displeasure at owner Mike Ashley’s running of the club.

Corbridge-born Bruce, who grew up in Wallsend, never played for the club he supported as a boy and revealed the chance to step into the hot-seat was one he simply could not refuse a second time.

📺 Steve Bruce spoke to NUFC TV after his first training session in Shanghai today – and explained why he couldn't turn down the opportunity to become the Magpies' head coach.— Newcastle United FC (@NUFC) July 18, 2019

Speaking to nufcTV in Shanghai, where he will take charge of his first game against West Ham in the Premier League Asia Trophy on Saturday, he said: “I’m like every other Geordie, I’ve lived the dream.

“If you can’t play for them, then of course if you’re a Geordie, what better thing than to take the number one seat? I’m delighted to have been given the opportunity and I’ll do my best.

“I know in some people’s eyes, I’m not Rafa and I understand there are big shoes to fill. But believe me, I’ll give it everything I possibly can and hopefully prove the doubters wrong.”

Bruce, who met the players on Thursday just hours after his arrival in China, might have managed the Magpies much earlier in his career having been approached when Sir Bobby Robson was sacked in 2004 during his time in charge at Birmingham.

It was a decision he lived to regret and is delighted to get a second bite at the cherry, even if he knows he is walking into a storm on Tyneside.

He said: “The easy thing for me would have been to say no, but at this stage in my career now…

“Back a few years ago, I regretted it. I regretted it and it lingered around me for years, when Sir Bobby left. To be given the opportunity again, it was simply something I had to take, I had to grasp it.

“I knew it was going to be difficult – as I said, the easy thing would have been to say no. I just hope that people will show the respect, which obviously you only gain by getting a few results and doing the job, but hopefully that will go hand in hand.”

With just three weeks of the transfer window remaining, Newcastle are running out of time to plug the substantial gap in the squad left by the departures of Salomon Rondon and Ayoze Perez among others.

Dwight Gayle missed Wednesday’s 4-0 defeat by Wolves with a calf problem and Yoshinori Muto is currently the only fit senior striker, although the club is understood to be in advanced talks with Hoffenheim over 22-year-old Brazilian Joelinton.

Bruce said: “When you get the call, the first thing you look at is the squad, and of course we’re aware that we’ve lost Rondon and Ayoze, so we’re short in that little area and we’re working on that.

“But the squad is littered with some very, very good players and that’s why it’s been able to stay in the Premier League. It’s my job now to try to move us forward as best as we possibly can and I’ll do my utmost to try to achieve that.”