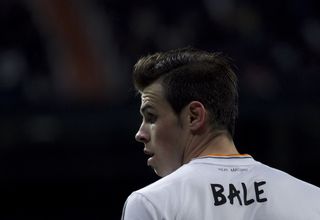 Will anyone have the patience for Friday night football?

Although both clubs are worthy in their own special ways, Valladolid v Levante is not exactly going to get the viewers tuning in around the world. The bods who run the game in Spain could at least make the match attractive for fans to attend.

Instead, it's a double-whammy, with the contest between gritty bottom-huggers and gritty middle-table clingers taking place on Friday at 21.00, when a cheery midday Sunday spot might have been kinder. In fact, make it a triple-whammy, with Levante being specialists at terse clean-sheets these days, making Valladolid coach, Juan Ignacio Martínez, warn potential punters that patience will be of great importance during the match. Woot!

Can Betis take anything from Europa against Athletic?

It wasn't just the Champions League that returned this week - so did that Thursday night competition to find the best (financially viable) middle-ranked side in Europe, which gave Betis another chance to be booed by their fans and tire out an already depleted squad.

Fortunately, visiting Rubin Kazan could only take a 1-1 draw from the tie - through an iffy penalty - so there is at least a tiny crumb of comfort for Betis ahead of Sunday’s biggie against Athletic Bilbao. The Basque side have a few problems of their own, with the club’s only functioning striker, Ariz Aduriz, suspended. This means the less than prolific Kike Sola will be leading the line. Not ideal really, when Real Sociedad are breathing down northern necks in the fun chase for fourth.

Can Rayo pack the supporters in against Sevilla?

Despite only having three sides, when Vallecas is rocking, Rayo are almost invincible. Actually, that is an outright lie, as the Madrid side have looked quite beatable at all times this season, no matter the atmosphere in the stands. But to try and gain an advantage in an increasingly dire struggle at the bottom, Rayo have gone the opposite way to the likes of Getafe, and reduced the ticket prices in an attempt to get bums on seats for the next two home games.

The first of these is against Sevilla - back in slump mode - and season ticket holders can buy another ticket for just under €10. Those coming in from the street can see some fine Spanish football for €18, a tempting fee for anyone with a few hours to kill on a beautiful Sunday morning in Madrid.

Is it time for Celta Vigo to start losing?

Three wins from the previous four - t’other match being a draw - sees Celta Vigo upgraded from being spoken about as too-good-to-but-could-still-go-down, to being a side tipped as outsiders for the Europa League places. As an aside, teams of Celta’s relatively small size and meagre resources should avoid a European campaign like the plague, but there you go.

The Galicians are currently three points from seventh, that position that should be enough to reach the promised land of ties against Slovenian cup winners, although Hugo Mallo says in that typical clichéd way that Europe is not being spoken about by the players. “We are just focused on our main objective which is staying up,” claimed the defender, “although not to do that would be really bad.” LLL recommends winning the next five matches and losing the rest.

Can Espanyol make Europe this season, as hinted at in Spain?

Does Bernd Schuster have any friends left at Málaga?

A Monday night loss to Real Sociedad left Big Bernardo fuming about the performance of some of his players, although he did suggest the result was useful in one respect. “We saw who doesn’t have a place in the team,” fumed Málaga’s merry boss. The southern club are now well and truly in the relegation battle, with just one victory from seven, and it seems that Schuster can’t see a way out. “I don’t know what has to happen for the team to react, and we are paying a heavy price for it,” sighed Schuster.

Will Valencia be suffering from their European odyssey?

With UEFA initially not seeing the terrifying scenes on the streets of Kiev as a good enough reason to stop a game of football, Valencia were left hanging at the airport on Wednesday, still unsure whether their Europe League tie against Dynamo Kiev was going to take place. In the end it did. In Cyprus, with the hosts given barely over 45 minutes to find a new destination.

The Mestalla side headed to the other side of the Med - the team’s chef had to hitch a lift with the opposition, having arrived in Kiev already - and ended up with a useful 2-0 win to take back to Spain.

Is Bale facing a final exam against Elche?

Instead of a €100 million Welshman filling the Ronaldo-shaped suspension void over the past two games, a young punk from the cantera has been wowing Madridistas with his performances. This has even started some tongue-wagging that it could be Bale who is on the bench when Ronaldo returns, with Jesé keeping his spot in the starting line-up. Indeed, that was the hint from Ancelotti last weekend, with the Italian saying he was a “coach, not an administrator,” when it comes to his squad selections.

With more cannon-fodder awaiting around the corner in the form of Elche at the Santiago Bernabéu on Saturday afternoon, the match could be a big chance for Bale to show that he can play an awful lot better, and put the wee kiddo in his place - for a couple of weeks, at least...

Can Osasuna do an Almería against Atlético Madrid?

From San Siro to Pamplona. Football these days is a glamorous business for Atlético, a side that now needs to take care of business against Osasuna after doing their usual professional thang against Milan. LLL puts the risk factor of a slip-up against the northerners at around 20%, feeling that three straight victories against Osasuna in the league in previous matches gives the Rojiblancos some pedigree in this contest.

LLL could also say that Diego Simeone’s side tends to do well in La Primera’s grittier grounds, although that argument might be bunkum now with Atlético dropping points two weeks ago against Almería.

Will it be Barcelona’s turn on La Liga’s carousel of doom?

Each week, LLL is predicting which of the three league leaders is most likely to drop points - last time around, all matches were tied up by the five minute mark - so today, the blog is plopping for Barcelona to drop points. A 40% chance of doing so, perhaps. Or 37%.

The complex, considered reasons for this belief centre on the fact that Barça will be pooped from playing Manchester City on Tuesday evening, while Real Sociedad, a pretty good side themselves, have scored two or more in three of their recent league matches in Anoeta.

Oh, Carlos Vela will be playing for La Real too, with the striker continuing to have a fine, fine season. During the week, the Mexican spoke to Canal Plus in Spain about how he doesn’t much like football itself, nor being a professional, nor playing for Mexico and especially the Premier League and England. “In general, I never adapted to life in London nor English football. I was not happy day-to-day, and you could tell,” admitted Vela.