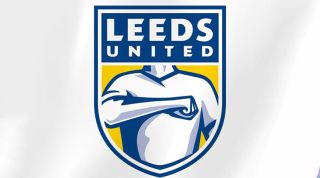 Zlatan Ibrahimovic’s very serious LA Galaxy debut and 500th career goal added to the big Swede’s legacy this year. Yet the best Ibra-style goal of 2018 might well have been scored by Australian midfielder Riley McGree for Newcastle Jets in the A-League semi-final.

His stunning, high-velocity scorpion kick even got a token nomination for FIFA’s Puskas Award. Yet it failed to place in the top three, as Mohamed Salah romped to victory for a goal against Everton. In unrelated news, Egyptian phone bills hit an all-time high.

Nothing malicious, but it was a bit odd when all-around good egg Kane revealed his goal-craven monster side and swore on his daughter’s life that he got a faint touch on a Christian Eriksen cross to claim a goal against Stoke in April 2018.

It brought surprisingly venomous backlash for the Tottenham striker. Yet by the time he’d scored six goals and captained the Three Lions to a World Cup semi-final, he’d probably done enough to win every English fan (non-Arsenal division) back around.

Adult channel Babestation got an airing on TV screens during half-time of Bristol Rovers’ Carabao Cup tie with Crawley in August 2018. The lewd feed took the place of the usual midweek scores in the Memorial Ground clubhouse.

Rovers chairman Steve Hamer labelled the incident unacceptable, adding: “What was seen was pretty moderate and we will talk to our TV engineers and media teams to find out what happened.” Which, frankly, could be misinterpreted for an appeal for even racier content. Bristol Rovers host Burton on New Year’s Day if you’re interested, people.

The 2017/18 season began with Manchester City winning the lightly-regarded pre-season appetiser. Yet Pep Guardiola has won such a mind-boggling array of trophies throughout his career, he probably gets confused as to which truly matter – and he seemed absolutely made up to win this one.

The delighted Catalan had his family on the pitch as he mugged for photos with players and the big disc, which he probably assumed meant he’d won another Bundesliga or something. This story would reach a natural climax if City’s season ends with a Champions League win and a perplexed Guardiola walking past Old Big Ears trying to work out what exactly it all meant.

5. France were rubbish during the World Cup...

...group stage. It matters little after you score 11 goals in four knockout games, besting Argentina, Uruguay, Belgium and Croatia to deservedly win the World Cup. Yet France were the definition of a team that grew into a tournament.

In Group C, they were turgid. Les Bleus beat Australia 2-1 via a dodgy penalty and an Aziz Behich own goal, held on for a barely-deserved 1-0 over Peru, then drew 0-0 with Denmark in a dire stalemate. At the time of French qualification, the talk was all about how such a gifted group of players could look so ordinary. It was less of a talking point two weeks later.

6. A team exited the World Cup on fair play

Presumably this hasn’t been forgotten in Senegal, but history was made in 2018 as the Lions of Teranga became the first country to go out of a World Cup on fair play. It’s normally the kind of clause you encounter if you go deep into “...but what if they’re level on goals scored…” pre-tournament research.

Yet it came into play in the final games of Group F after Colombia took a 1-0 lead against Senegal. With the African side desperately trying to equalise, Japan held on for a 1-0 defeat to Poland (and no stupid red cards please) at the same time. Surreal.

Let us all never forget the time that, with seconds to go and Iran pressing for an equaliser against Spain in an actual World Cup game, Milad Mohammadi chose the perfect moment to break out his innovative forward-roll non-throw-in. You genius, Milad.

Remember when Toni Kroos hammered home that injury time free-kick to beat Sweden in the World Cup and we all thought: yep, this is the moment Germany kick into gear? Well, they didn’t.

Germany not only lost to South Korea to exit at the group stage, they got involved in some serious off-field disputes and stuck by a failing manager. On the pitch, Die Mannschaft then lost to France (2-1) and the Netherlands (3-0) to be relegated from their Nations League group.

Hang on, what do you mean you remember all of this and it made headline news around the world? You swines, just let us have our moment wallowing in this before Germany inevitably regroup and storm to World Cup glory in 2022.

In other news, England won a shootout and a shirtless Ross Kemp almost combusted.

10. Roma give Barça a taste of own medicine

Barcelona beating PSG 6-1 to turn around a Champions League tie was one of the stories of 2017. Yet in 2018, it was the Catalan club who suffered a stunning fightback. When Barcelona romped to a 4-1 home win over Roma in their Champions League quarter-final first leg, the tie looked over.

Yet Roma’s thoroughly deserved 3-0 win in the second leg dumped the favourites out of the competition at an emotional Stadio Olimpico. In the same round, another Italian club also came close to pulling off a shock second-leg turnaround, but Real Madrid scraped past Juventus via an injury-time penalty. You’d have to have a rubbish bin for a heart not to feel some sympathy.

In Turkey, Giresunspor’s Brazilian midfielder Dodo took a penalty so bad that even Simone Zaza felt a bit better about himself. Woeful run up, pea-roller power and off target. No. Fenerbahce won the cup tie 2-1 thanks to a successful penalty, to rub salt into the wound.

13. Leeds badge of no honour

Leeds United apparently surveyed 10,000 fans before unleashing their new badge on an unsuspecting public in January 2018. We can only assume it was a combined group of Manchester United, Sheffield United and Sheffield Wednesday supporters who green-lit this monstrosity which somehow managed to be drearily nondescript and oddly unsettling at the same time.

The ‘Leeds salute’ crest was quickly compared to everything from a Gaviscon advert to an image of someone covering up an awful club badge (very meta). To be fair to the Leeds board, they quickly withdrew the proposal and we seriously doubt it will be making a comeback in 2019.

You undoubtedly recall that Hegerberg scooped the the first ever women’s Ballon d’Or, as it happened just weeks ago. However, some twerp of a presenter created a controversy which predictably dominated coverage. Hegerberg’s post-award interviews, as she fought to play the incident down, made it clear that she was only too aware that it was in danger of overshadowing her historic success.

So let’s talk about the actual player. Even by her own lofty standards, the Norwegian striker had an exceptional 2018. She won her third consecutive Champions League with Lyon, scoring 15 goals in the tournament – including one in the final. For context, the next-highest scorer was one of Hegerberg’s Ballon d’Or rivals, Pernille Harder, with eight.

The 23-year-old Hegerberg has also started this season in rich form, but the real intrigue lies in the World Cup next year. She took a break from playing international football in 2017 after frustrations with the Norwegian setup. There’s no sign of the rift being repaired, but Norway have qualified for France 2019. Will the World Cup really go ahead without one of the biggest stars of the women’s game?

West Ham’s pitch invaders during a 3-0 loss to Burnley in March 2018 highlighted some lax security at the London Stadium. Captain and lifelong Hammer Mark Noble had to step in and help chuck a ‘supporter’ off the pitch.

Unfortunate scenes, but impressive physical strength from Noble, who we fully expect to see tossing the Undertaker over the top rope to win the 2019 Royal Rumble.

16. Santi Cazorla still has the magic

Villarreal set a benchmark for new signing presentations as returning hero Santi Cazorla ‘appeared’ inside a smoke-filled glass capsule on the pitch in August 2018. A magician was on hand to oversee the affair, his trick in no way undermined by the fact that Cazorla can just be glimpsed crouching in the tube as the smoke begins to swirl in.

Still, this is 100% how we would unveil David Moyes as the returning Manchester United manager for the first game of the 2019/20 season.

17. An absence of fairytales

So we’ll have to go elsewhere for our triumphant underdogs tale. Such as the Republic of Suriname, where the league was won by a team called SV Robinhood. With a name like that, this side can only be plucky underdogs who are also [checks Wikipedia] “the most successful club in Surinamese football, having won a record 23 league titles”. Oh, for Friar Tuck’s sake.

TRANSFERS 10 Championship players who should be on Premier League radars

If the most heartwarming talisman tale of 2018 was Manchester City getting a pair of lifelong fans aged 97 and 102 onto the pitch as mascots, West Brom had the oddest. For the first game of the 2018/19 season against Bolton, the Baggies had a combi-boiler – Boiler Man – as their mascot.

Sources at Scotland Yard tell us a two-year sponsorship deal with Ideal Boilers may have been behind this costumed wheeze. Still, the disconcertingly realistic modern-day cauldron certainly whipped up the crowd by shaking his/her backside at them.

This has been football in 2018, ladies and gentleman. We can but applaud.