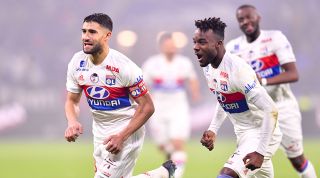 Whether or not Arsenal are busy in the January transfer market depends heavily on the futures of Mesut Ozil and Alexis Sanchez. Both players are out of contract in June and seemingly have no intention of extending their stays in north London, which may lead to the Gunners reluctantly entertaining bids for their star duo this month.

Yet even if Ozil and Sanchez stick around until the summer, Arsenal will need to replace them – and doing it in January would boost their chances of securing Champions League football for 2018/19. Attacking midfielder Arda is out of favour at Barcelona and wouldn’t cost a fortune, and the Turkey international’s energy, vision and dribbling skills would likely make him a good fit at the Emirates Stadium.

Sampdoria have been the surprise package in Serie A this term and Torreira has arguably been their outstanding player. The all-action Uruguayan midfielder would add some much needed bite and aggression to the Arsenal midfield, with a season average of 2.6 tackles per game evidence of his ability to regain possession for his team.

Torreira isn’t just a pure ball-winner, though; the 21-year-old is a precise, if unfussy, distributor. He’s also not afraid to pull the trigger from distance: all three of his goals in 2017/18 have come from outside the box.

It’s somewhat surprising that Mina hasn’t yet made a move to Europe – the 6ft 5in centre-back is set to turn 24 later this year. Arsenal shouldn’t be put off by his inexperience on the continent, though: the defender’s aerial strength, tough tackling and speed make him the ideal target for Wenger’s side.

Barcelona are keen to bring Mina to the Camp Nou, but talks between the two clubs seem to have stalled – which could allow the Gunners to steal a march on the Liga leaders.

With Alexandre Lacazette establishing himself as the Gunners’ go-to No.9, there’s no need for Wenger to acquire an established centre-forward in January. It would, however, make sense for the Frenchman to go into the market for a younger frontman, who could then be loaned out until he’s ready to make an impact at the Emirates.

North Korean striker Han has impressed at Serie B Perugia this term, scoring seven goals in 17 league appearances. On loan from Cagliari, the 19-year-old is fast, mobile and a composed finisher. According to reports, he’s already been watched by scouts from Liverpool, Everton and Juventus - and Arsenal should consider adding their name to the list.

The additions of Neymar and Kylian Mbappe at PSG were always going to produce casualties, and Pastore is among those who has had to get used to the Parc des Princes bench this season.

With his contract up in 18 months’ time and PSG needing to balance the books in order to avoid Financial Fair Play sanctions, Pastore could be made available for transfer in the coming weeks. The Argentina international is able to play in central midfield, as a No.10 or on the left wing, and his creativity would be welcome in the red-and-white half of north London.

Imposing centre-back Diop plays with a maturity belying his tender years, presumably because the 20-year-old has featured regularly for Toulouse since making his debut in 2015. A commanding and powerful presence at the heart of the backline, the Frenchman would add some much-needed muscle to the Gunners’ defensive ranks.

There’s more to Diop than just brute force, however: the youngster is comfortable in possession and tends to feed the ball into his midfielders rather than launch long diagonals – something which would appeal to Wenger.

Lacazette is averaging a goal every 180 minutes in the Premier League so far this season, following his big-money switch from Lyon last summer. But if Arsenal want to get even more out of the French striker, they should consider a move for Lacazette’s former team-mate at the Groupama Stadium, attacking midfielder Fekir.

The 24-year-old is in the form of his life right now, having scored 13 goals and provided four assists in 16 Ligue 1 appearances while Bruno Genesio’s charges challenge for a top-three finish. Intelligent and inventive, the France international would presumably relish the chance to resume his partnership with Lacazette in north London.

Doucoure started just 14 Premier League games in 2016/17, but the Watford man has looked like a different player this season. A midfield all-rounder who’s best suited to a box-to-box role, the 25-year-old excels at breaking up opposition moves and then setting his own side on the attack, either by carrying the ball through the centre of the pitch or passing it on accurately to a team-mate.

Recent reports suggest the Hornets intend to offer Doucoure a new contact in an attempt to keep him at Vicarage Road beyond the January transfer window, but Arsenal will feel they have a chance of landing the Frenchman if he doesn’t put pen to paper on fresh terms.

9 Premier League transfers we think will happen this month

Mahrez was keen to seal a move away from Leicester in the summer, and he’d no doubt welcome offers from the likes of Arsenal in this window.

The Algeria international admirably knuckled down in the East Midlands despite being denied his transfer before the season began, and the former Le Havre man has recaptured his best form under Claude Puel in recent weeks.

A tricky and elusive dribbler, Mahrez would provide guile and goals from either the right flank or in a central role behind the striker. He’d also require very little bedding-in time at Arsenal, having now played in the Premier League for three-and-a-half years.